This is the Gisborne District Alcohol Control Bylaw 2015

This Bylaw came into force 20 November 2015 and shall apply to the whole of the Gisborne District.

2.1 This Bylaw shall come into force on 20 November 2015 and shall apply to the whole of the Gisborne District.

2.2 This Bylaw shall have the effect of repealing the Gisborne District Council Public Places Liquor Control Bylaw 2003.

5.1 In this bylaw, unless the context otherwise requires:

5.2 The Interpretation Act 1999 applies to this bylaw.

5.3 Explanatory Notes attached to this bylaw are for information purposes only and do not form part of this bylaw and may be made, revoked, amended or replaced by Council at any time.

6.1 Every person is prohibited from consuming, bringing into, or possessing alcohol in any public place (including in a vehicle) defined as a restricted area.

7.1 The Council may by ordinary resolution, for the purposes of regulating or controlling a large scale event, make a restricted area prohibiting or restricting the consumption, bringing into or possession of alcohol in public places (including in a vehicle within the public places).

7.2 The Council must, before making an alcohol ban in clause 7.1 be satisfied that the proposed ban:

(a) is for a large scale event and not suitable for consideration for a permanent ban; and

(b) gives effect to the purpose of this bylaw; and

(c) the decision making process complies with the decision-making requirements of Subpart 1 Part 6 of the Local Government Act 2002.

8.1 A constable may use their powers, including the power of search under the Local Government Act 2002 to enforce this bylaw.

8.2 In addition to the general powers under sections 169 and 170 of the Local Government Act 2002, the Police may exercise the power under section 170(2) of that Act (to search a container or vehicle immediately and without further notice) on specified dates or in relation to specified events notified in accordance with section 170(3) of that Act.

9.1 Every person who breaches this bylaw commits an offence.

9.2 Every person who commits an offence under this bylaw is liable to a penalty under the Local Government Act 2002.

(c) that, whatever its form, is found on analysis to contain 1.15% or more ethanol by weight in a form that can be assimilated by people

2. Definition of public place from s.147 of the Local Government Act

(a) means a place that is open to or is being used by the public, whether free or on payment of a charge, and whether any owner or occupier of the place is lawfully entitled to exclude or eject any person from it; but
(b) does not include licensed premises.
licensed premises has the meaning given by section 5(1) of the Sale and Supply of Alcohol Act 2012

3. Under s.147(4) of the Local Government Act 2002 the prohibition in clause 6 does not prohibit, regulate, or control, in the case of alcohol in an unopened container,—

(a) the transport of the alcohol from licensed premises next to a public place, if—

(b) the transport of the alcohol from outside a public place for delivery to licensed premises next to the public place; or

(c) the transport of the alcohol from outside a public place to premises next to a public place by, or for delivery to, a resident of the premises or his or her bona fide visitors; or

Any place or part of a place that is under the control of the Council, which is open to or used by the public, whether or not a charge for admission applies, including but not limited to any road, street, service lane, footpath, car park and reserve within the area and for the times specified below: 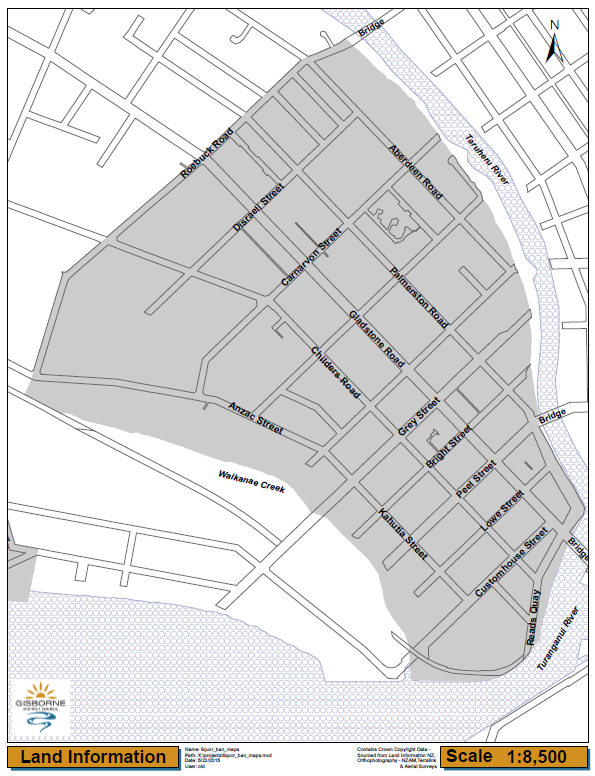 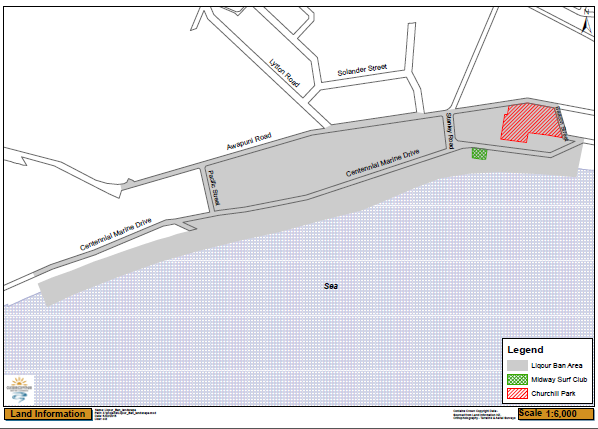 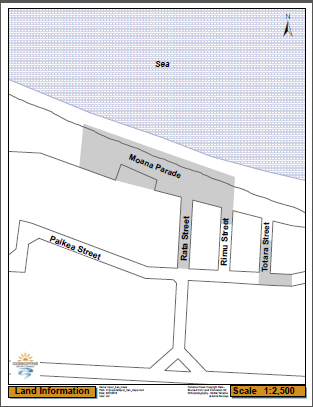 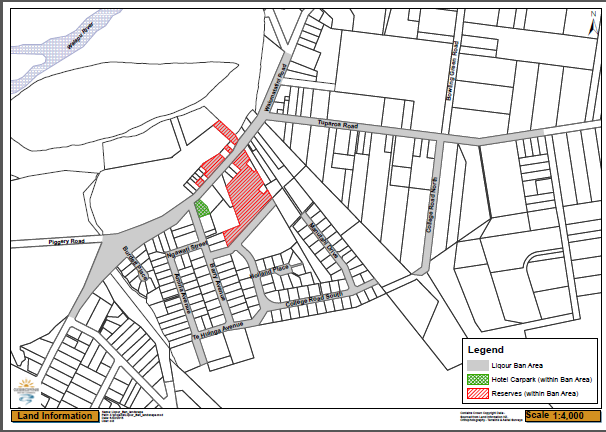 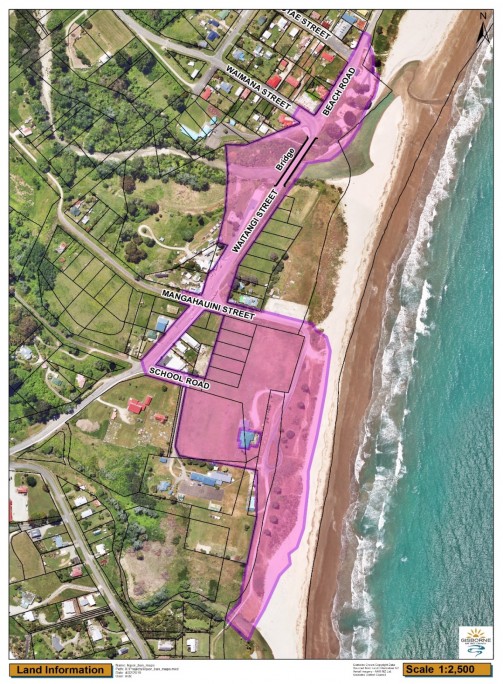 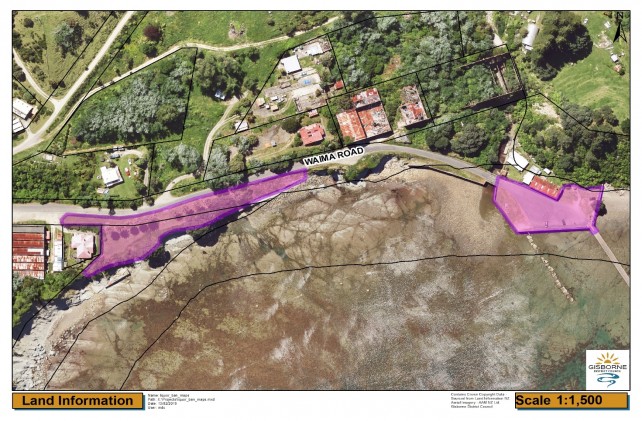 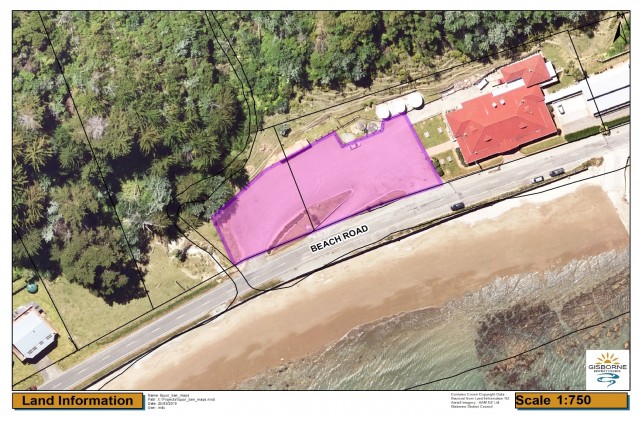 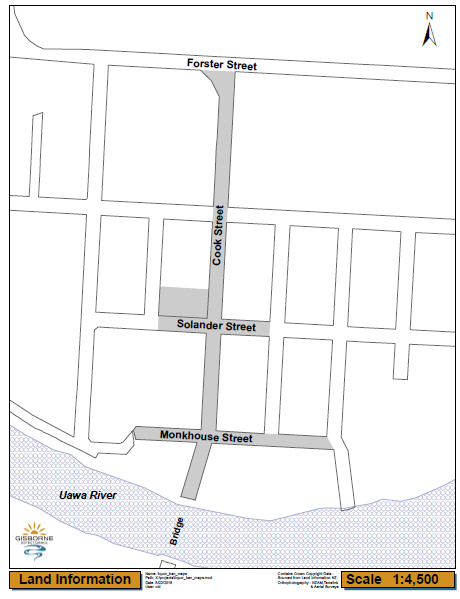