State of Emergency remains, more rain is on way

The State of Emergency remains as MetService issues another heavy rain warning for Tairāwhiti this time from 1pm tomorrow until 1am on Thursday.

Between 70 and 90mm of rain is expected around Gisborne and north of Uawa. There is also a heavy rain watch for Gisborne and south of Uawa from 3pm tomorrow.

Civil Defence is keeping a close eye on the weather as it approaches and asks our community to be prepared, again.

“If you’re in the Hikuwai and Mangatokerau areas, we’re asking people to move their stock, be prepared and make sure you have enough supplies for at least three days,” says Tairāwhiti Group Controller Ben Green.

As the event stretches into its second week, Chief Executive Nedine Thatcher Swann today hands over the role of Civil Defence Controller to Ben Green who has recently been confirmed as Tairāwhiti’s Group Controller.

Mr Green says because the district is already saturated following ex-tropical Cyclone Hale last week, “we’re monitoring the likely impact of this next event and we’ll keep you posted”.

He also asks drivers to stay off the fragile roads if they can.

“The roading network is still vulnerable with multiple slips, dropouts and slumps.

“We have around 30 crews out there repairing roads and they’re making good steady progress.

“There have however been reports of too many people driving past just to take videos and photos of the cyclone’s damage.

“This makes it harder for our crews and puts them and the drivers at risk if they get stuck and need assistance. Please delay all unnecessary travel.

“We are still in response mode. Yesterday structural inspections were carried out on five bridges on local roads and there’s more rain on the way.

Photo caption: Tairāwhiti Group Controller Ben Green has been with Tairāwhiti Civil Defence since November 2020 and has 24 years of experience in the NZ Army. 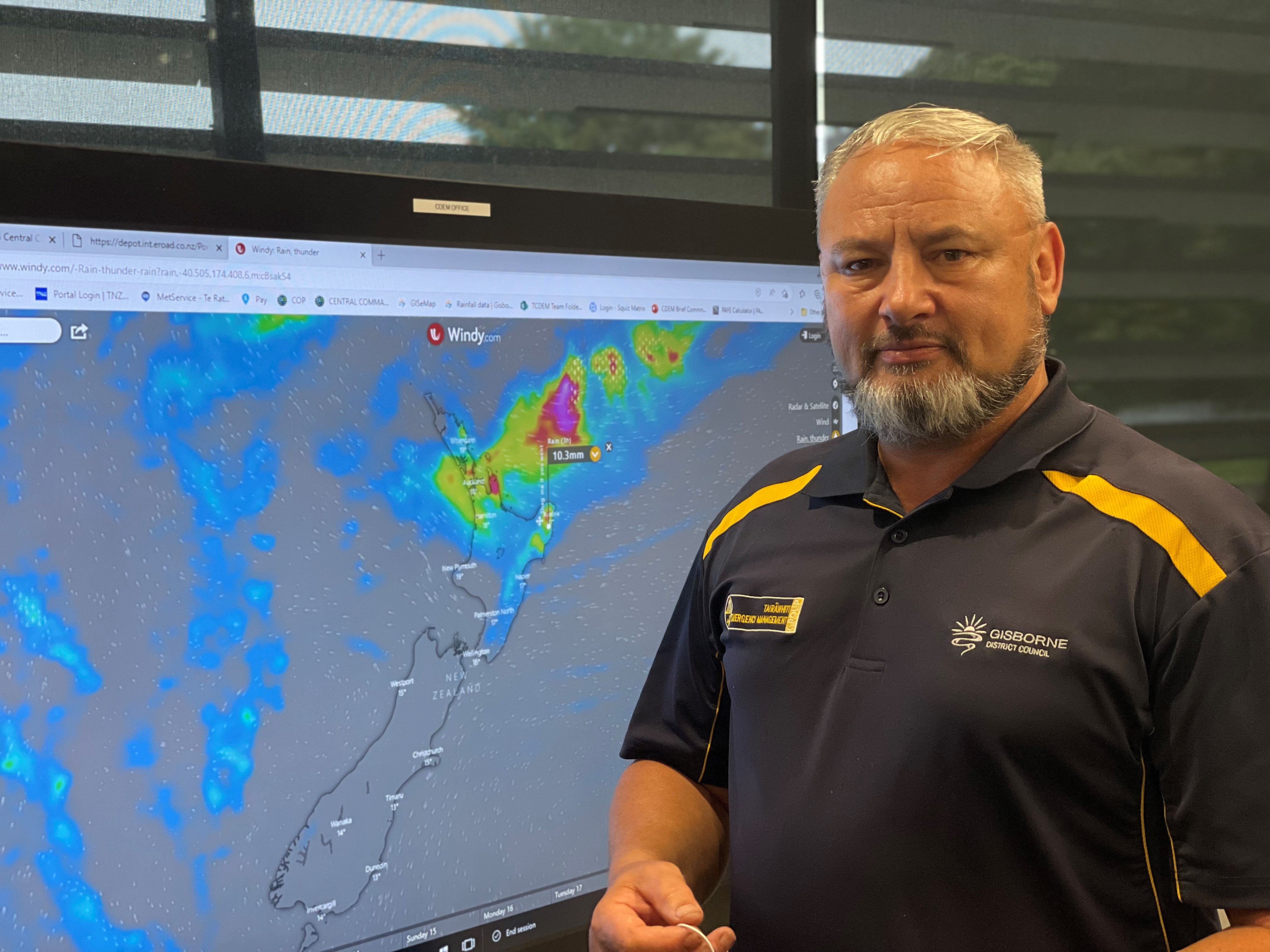